The Anti-Conjuror is hailed as the most popular and in-demand illusionist of this generation. As a result of his jaw-dropping performances on multiple record-breaking international tours, numerous network television appearances, and some of the most underground viral videos to ever plague the Internet, his legion of hundreds of thousands of dedicated fans span world-wide.

Combining the art of magic with the macabre, his totally unique and edgy illusions initially capture the imagination of crowds across the globe. But it is his unhinged, shockingly eccentric humor and audience interaction that makes his live show a truly unique experience that has been dubbed, “Totally icky, yet totally awesome”, “…Left me laughing to tears. The cynical Alice Cooper of Magic”, and one that “Has audiences laughing and shuddering in equal measure”.

Eric DeCamps
Eric DeCamps has developed a style of intimate conjuring that permits his audience to become part of the performance. He has been a serious student of the art of magic for over 30 years, performing throughout the United States, Europe, Japan, and South America at exclusive society events. Fortune 500 companies like Time Warner, Merrill Lynch, General Motors, Bear Sterns, American Express and many others have engaged him to entertain their most valued clients. Eric is only the second magician in the 105 year history of the The Society of American Magicians to receive the prestigious Gold Medal of Excellence for Close Up Magic award.

Garrett Thomas thinks differently.
His magic is real, not borne of a purchased kit and rehearsed, but discovered on his own. He’s a “magician’s magician,” a real-life wizard whom even the finest and most practiced in the field of magic study for clues.
Magic is Garrett’s passion, path and art. It is the filter through which he perceives and lives his life. He’s an inventor, creating new concepts and principles by looking at the world, and finding magic in it.
As an internationally recognized sleight-of-hand magician, his art comes from a lifetime of problem solving. Being dyslexic, he learned early to think things through in a different way, in order to find a path where there was none.
Crossing paths with Garrett Thomas is like an encounter with a unique and talented soul. His understanding of how perception works, the human body, and psychology allow him to “create a moment,” an experience of something you can’t explain, yet will always remember.
Garrett has performed across his home state of New York, around the country, including at the Magic Castle in Hollywood, in Canada and overseas. He has been a regular writer and consultant to David Blaine since 2003, performed for many celebrities, consulted other magicians, and in 2020 won the top prize on the TV Show Penn & Teller Fool Us. 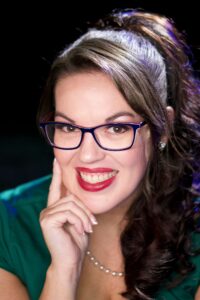 Named by Vanish Magazine as “The New Georgia Wonder”, Tiffany Allen has devoted the last decade towards resurrecting a performance long forgotten by history known as The Georgia Wonder or Georgia Magnet Act. Tiffany has won multiple magic awards, is a regular featured performer at numerous magic and bizarre conventions, and is a proud member of the exclusive group Sleight Club in Charlotte, NC. 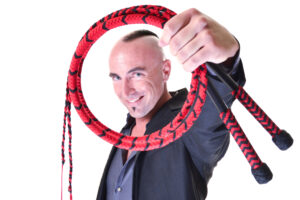 Aaron Bonk is a 3-time International Performance Champion, 4-time Guinness World Record setting whip artist and unique entertainer with a twisted sense of humor who risks his life to make you laugh. His one-man variety extravaganza is in high demand at Renaissance Fairs across the country and on cruise ships around the world. You may have seen him on Television’s Game of Talents, America’s Got Talent and Steve Harvey’s Talk Show! With stupefying acts of juggling, whip cracking, danger and craziness, he amuses and amazes the whole family with his Seriously Ridiculous stunt show spectacular. For more information, check him out online at www.AaronBonk.com. 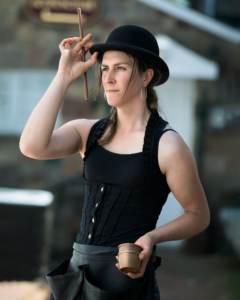 Alyx started earning performance chops on the streets in 2010. Before this, she studied classical manipulation under her mentor, John Blake, a former co-owner of Tannen’s. Her most recent street accolades come from Rock and Roll Hall of Famer, Gary Moss (original Joan Jett and the Blackhearts bassist), who said, “You are a truly bad*** street hustler, and I mean that in the nicest way.” Though not really a hustler, she considered it a stout compliment coming from a Blackheart. But mostly she just loves creating rapport with her audiences while pulling off really challenging sleight of hand and manipulation in the harshest of performance environments. 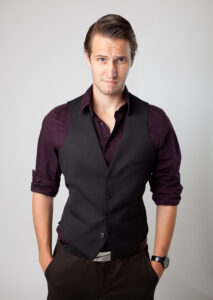 Ryan Kane is a magician, comedian, and author based out New York City. Companies including Louis Vuitton, Microsoft, Intel, and more have called upon Ryan Kane’s engaging magic, charming wit, and professional guidance to make their events stand out successes. His book Out of Stock: A Magician's Guide to Writing Your Own Lines lays out a step-by-step process for magicians to move beyond a reliance on stock and standard jokes. He is the creator and host of The Mostly Magicians Virtual Open Mic, providing a safe space for variety performers to polish their material in the virtual world every Wednesday for over a year. 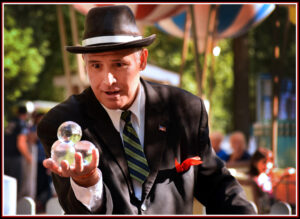 With a performance that combines comic movement, mime, stand-up comedy, juggling with an edge of magic. Strongly influenced by comic legends Harpo Marx, Art Carney, Red Skelton and Dick Van Dyke. He has as performed three times in the prestigious Palace of Wonder at The World Famous Magic Castle in Hollywood. Three times performed at Abbott’s Magic Get Together to standing ovations. Headliner aboard Carnival Cruise Lines and Costa Cruise Lines. Internationally renowned throughout, North America, the Caribbean, Central America, in 2017 had a hugely successful 30 city performance tour of The Peoples Republic of China. Described as large five year old on too many energy drinks ! 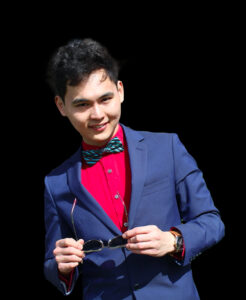 Named 2020 Florida Magician Of The Year, Jeremy Mikaelson has entertained and mesmerized audiences across the country and all over the world from the world famous Magic Castle in Hollywood to high school stadiums in China.Mikaelson proudly holds the title of 2018 International Champion Of Magic. He was awarded the Best Stage Magic award and People’s Choice Award by Texas Association of Magicians. His magic has been featured on many news, radios, magazines covers and articles.

Mikaelson headlined the world famous Magic Castle when he was just 22 years old. Jeremy Mikaelson is most known for his unique umbrella manipulation magic. His show combines theater, dance, Asian elements and Western culture. Jeremy was bitten by the magic bug at 10 years old. He learnt his first two magic tricks from his mom. Since then, Jeremy has been teaching himself magic as well as apprenticing master magicians Johnny Thompson, Lance Burton and Jeff Mcbride.

The world's oldest magic organization, the Society of American Magicians
(founded in 1902 by Harry Houdini.) awarded Mikaelson 2018 International Champion Of Magic. His talent has also been recognized by the world’s most prestigious magic school, Mcbride’s Magic and Mystery School which granted him The Inspiration Award in 2017. 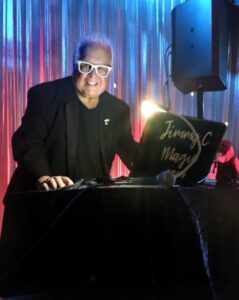 Besides being an all-around great guy, Jimmy is an award-winning close-up magician & multi talented entertainer. He’s a member of the IBM, SAM, Magic Circle, has his Doctorate from FFFF, and is on the Advisory Board for FFFF in addition to being the lead tech guru for FFFF, Magi Fest, and more. Jimmy’s love of magic and his enthusiasm for sharing magic is infectious.
James (JIMMYC ) Highest Google 5 star rated magician …His greatest moment in his career was going to China FOR 2 with the RICK WILCOX show; traveled to 26 different cities in China, from Beijing to Mongolia ..
Also he entertained at Stevie Wonder’s 60th birthday, ending up on stage with Stevie ..!

JimmyC’s lectured has been highly successful and appreciated 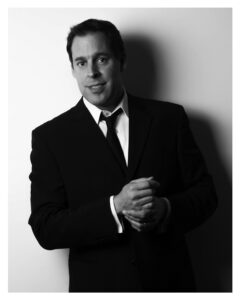 Thom Peterson's funny, interactive lecture has been a hit everywhere he's been.
Thom has performed in over 80 countries, and has lectured in England, France, Belgium, Italy, Portugal, Denmark, Sweden, Norway, Germany, Austria, Switzerland, Israel, and the U.S.
His one-man show has sold out at the Edinburgh Fringe Festival, the Danish Comedy Festival, the Birmingham Comedy Festival, and the Limerick Fringe Festival (to name a few).
Thom is a member of London’s Magic Circle (A.I.M.C.), and a member of the British Magical Society. He is a regular performer at the world-famous Magic Castle in Hollywood. In fact, he’s one of the few performers to be authorized to perform in every showroom there. 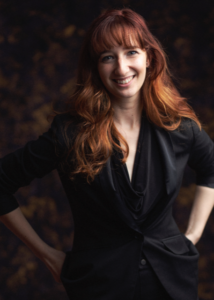 Rachel Wax has been studying magic since the age of 16. Inspired by her father’s ability to make people laugh and amaze them simultaneously, she strives to do the same in each performance.
Originally from Chicago, Rachel moved to New York in 2013 to study fashion design at FIT. With a love of both magic and fashion, she found opportunities to pursue both.
Rachel now performs at venues all over the country appearing as a regular at New York City magic shows A Taste of Magic and Speakeasy Magick at the Mckittrick Hotel, Monday Night Magic, the Chicago Magic Lounge, as well as television appearances that include CUNY TV and Fox 5. 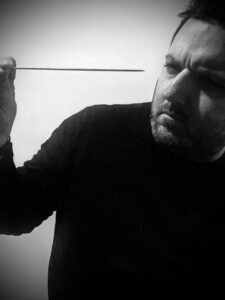 Combining elements of sleight-of-hand, mentalism, and bizarre magic with his love for clever and introspective storytelling, Mike Paldino’s unique approach to the craft has made him one of Philadelphia’s most original and sought-after performers.
In 2014, his show Wunderkammer began a successful 18-month run off South Street, followed in 2016 by PSYCHotIC, Modern Oracle, and the immersive dark seance show, Haunted (both in 2018).
The Darksiders Podcast stated: “(Mike’s) show was an emotional ride- visceral and personal, engaging and real. People’s expectations of what a magic show is, or should be, were destroyed- more than one person ended up in tears, and then thanked him for the experience when it was over..” His corporate clients include Apple, AT&T, Comcast, and the NFL. Born and raised in New Jersey, Mike currently resides in Bucks County, Pa.