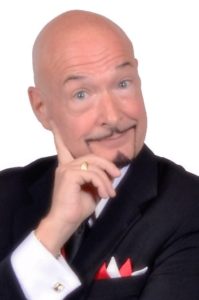 From Caesar’s Palace to the high seas, Craig Diamond has appeared live on stage in nightclubs, hotels, resorts, casinos, on television and luxury cruise ships around the world.  In the past 30 years, comedy and magic have literally taken him to all seven continents, performing in over 130 countries for millions of delighted audience members.